Chinese National Day (国庆节), officially the National Day of the People’s Republic of China(PRC), is a public holiday in China celebrated annually on 1 October as the national day of China, commemorating the formal proclamation of the establishment of China on 1 October 1949. The Chinese Communist Party victory in the Chinese Civil War resulted in the Kuomintang retreat to Taiwan and the Chinese Communist Revolution whereby the PRC replaced the Republic of China.Although it is observed on 1 October, another six days are added to the official holiday, normally in lieu of the two weekend breaks around 1 October, making it a de facto public holiday comprising seven consecutive days also known as Golden Week (黄金周) with specifics regulated by the State Council.1st October 2021 marked the 72th anniversary,holiday as usual is from 1st to 7th Oct.
Wishing a very Happy National Day. 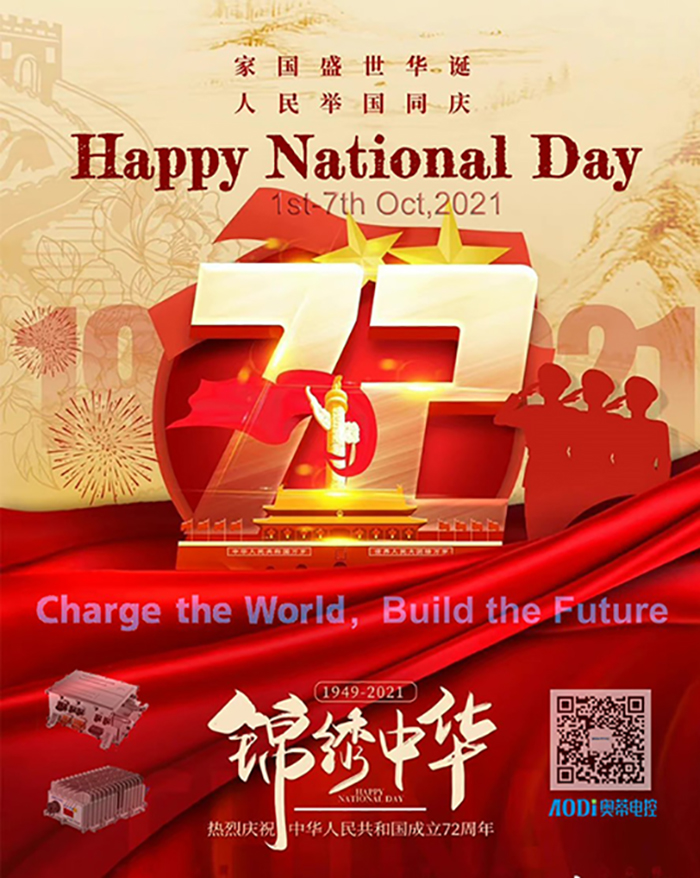